Vogue magazine (“fashion” in French) has been published since 1982 and is the number one fashion magazine in the world. It had a significant influence on the formation of fashion and its establishment. But who are the people who created Vogue, who are those crazy women who devoted themselves to Vogue with all their hearts and made it what it is today?

This exceptional woman has worked for Vogue since 1895 and held the position of editor-in-chief from 1914 to 1951. She was the one who managed to turn Vogue to an international and famous glamour magazine.

Edna was born in New Jersey, 1877, in a simple rural family. Many wondered where this little girl got so much aesthetic sense and love of fashion from. After graduating from high school in 1895, Edna moved to New York, where she quickly found a job at Vogue. The work was simple; 17-year-old Edna was engaged in distributing the magazine. She was full of enthusiasm, a desire to work, always going to work early in the morning, often staying up late at night, without complaining about doing extra work on her initiative. Thus, the founder of Vogue Arthur Baldwin Turnure, noticing the girl’s great love for the magazine, often asked her opinion about the next magazine. The girl’s enthusiasm soon led her to new heights.

Already in 1896, she participated in three Model Doll Shows. For the next few years, Chase and Turnure worked together in the magazine. When Turnure died, the magazine saved Chase. She did everything she could in 1909 so that the magazine would buy the Condé Nast publishing house.

In 1911, Edna was appointed editor of the magazine, and in 1914, the chief editor. From the very first years of her work, Edna launched a new fashion show. During the First World War, many periodicals were closed, and the connection with Paris was terminated. Many women could no longer know what the trends were in the fashion capital. In that difficult situation, Edna hired tailors and ordered a new collection. It was a new stimulus for the production of American clothing. Chase urged producers to follow trends as much as possible and hire stylists. In Vogue of those years, preference was given to tasteful clothes, regardless of their value. It was a great relief to American women who found it difficult to buy expensive clothes. That’s what made Vogue so famous. Chase often organized dinners, non-profit initiatives with the participation of remarkable and rich American women, in favor of fashion development. Thus, in 1928, Fashion Group International was established, which was officially registered in 1930.

It was Chase who defined the mission of the photos in the fashion magazine ․ “Show me the clothes,” she said. To this day, Vogue photographers are guided by it. During the years of this woman’s rulership, the magazine saw World War II and did not give up again. In those years, Vogue published war-related material and information that had nothing to do with fashion.

Chase also took an active part in the development of women’s military clothing. During these years, she invited Dorothy Parker and Thomas Wolfe to collaborate.

Throughout her life, Edna Chase worked with the enthusiasm of a 17-year-old girl, did her best to make Vogue the best, and not face any obstacle. In 1951, Chase voluntarily resigned as editor-in-chief. In 1954, her autobiographical book «Always in Vogue» was published. Chase died in 1957, in Florida, at the age of 80, from a heart attack.

The future star of fashion journalism was born in 1903, in Paris, in the aristocratic Dalziel family. Diana had family connections with George Washington and Pauline de Rothschild. So, the girl has never had financial problems; she has always been in contact with society’s core. She received a good education, which allowed her to have a fantastic understanding of art and aesthetics. As a result of training with a Russian ballet master, the girl gained not only an ideal straight back but also a love for oriental luxuries. Riding with Guards officers convinced her once and for all that the best color was red, the color of their uniform.

Even at a young age, it was difficult to call Diana beauty. One thing was for sure, she had a great sense of style, something that is impossible to learn, it either exists, or it does not. It is not in vain that in 1922, she appeared on the pages of Vogue as one of the most stylish young girls. In 1924, Miss Diana Dalziel married American banker Thomas Reed Vreeland, who gave the girl his last name and a lot of money and self-confidence. Soon Diana started her own business, the production of lingerie, and she still did not think about journalism. 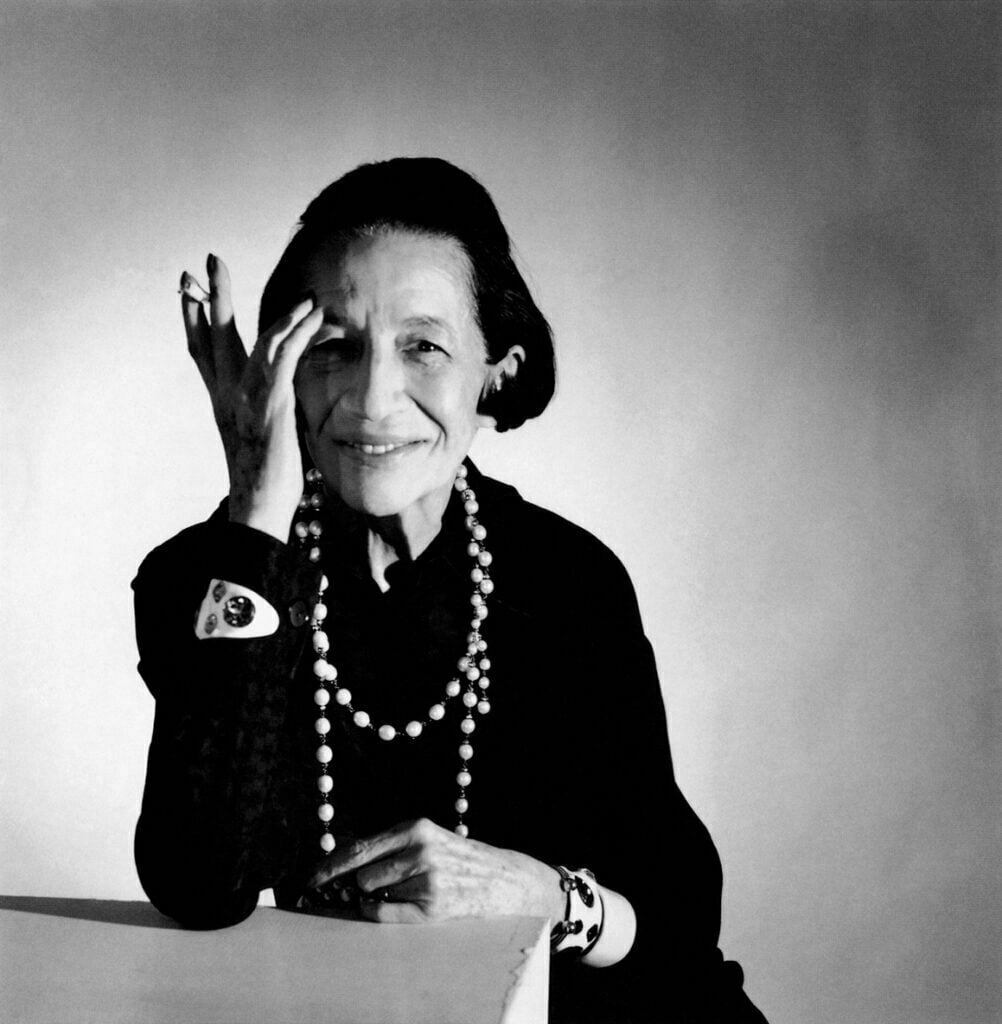 In 1936, Harper’s Bazaar Editor-in-Chief Carmel Snow offered Diana direct “Why Not?” named column in the magazine, where it was intended to talk about the most daring, non-standard solutions encountered in the fashion of the time. Thus, Vreeland soon put her craziest extravagant thoughts on the pages of the magazine. She was not afraid to offer unusual solutions. She sought to teach women to think outside the box and to experiment. Soon Vreeland managed to make bikini, bright colors, especially her favourite red, nail polish, lipstick, accessories famous. Vreeland did not just become a journalist. She did not write about fashion; she created it himself. Many admitted that it was Diana Vreeland who created the profession of fashion editor. Vreeland was instrumental in advancing Harper’s Bazaar. In a short time, it became the most-read magazine. In 1962, Vreeland moved to Vogue as a junior editor but with a much higher salary. In 1963, Vreeland held the position of editor-in-chief.

In Vogue’s history, Vreeland has held the position of editor-in-chief the least, but those seven years were the most productive in the history of the magazine. Meanwhile, Vogue ceases to be just a fashion magazine. It turned into a fashionable magazine. Everything in Vogue was fashionable. Vreeland’s talent was fully revealed in Vogue. She, in turn, was discovering new talents. The Beatles, Twiggy, Edie Sedgwick, Diane von Furstenberg, Manolo Blahnik: the most famous people of the time were in Vogue. The funniest story was the debut of the lead of The Rolling Stones Mick Jagger in Vogue. When Vreeland saw the photo of young Mick, she exclaimed ․ “I don’t care if he is not famous, I like him. Look at those lips”. This is how Mick’s photo first appeared in the American media, and immediately in the most fashionable magazine in 1964. They met a few years later, and in 1989, Mick Jagger sang at Diana’s funeral.

In 1971, Diana left Vogue and became a senior consultant at the Institute of Fashion at the Metropolitan Museum of Art in New York, where she worked for 15 years till her death.