The art of selling: the history of creating display windows

Three centuries ago, shopkeepers began paying more attention to the proper presentation and representation of products. Over time, this became one of the guarantees of quality service, and the design of shop windows became a whole art. Today, the colors, layout, accessories, and exterior lighting of the shop window are essential. Its role goes beyond the borders of the demonstration. It converts to art, which persuades people to buy. World-known shops collaborate with designers and painters to make their shop windows more attractive.
In the 1840s, new technology for the production of giant glass was introduced. This event was the turning point in the history of shop windows. This meant that the windows could be larger and brighter, and the decoration more engaging. Shop windows were often turned into theatrical, Broadway mini-shows. One of the pioneers in the design of shop windows were department stores.
The world’s first department store was Aristide Boucicaut’s Le Bon Marché store, which was founded in Paris, in 1852. Its goal was to give people a chance to wander freely in “small town,” where numerous products would be sold. 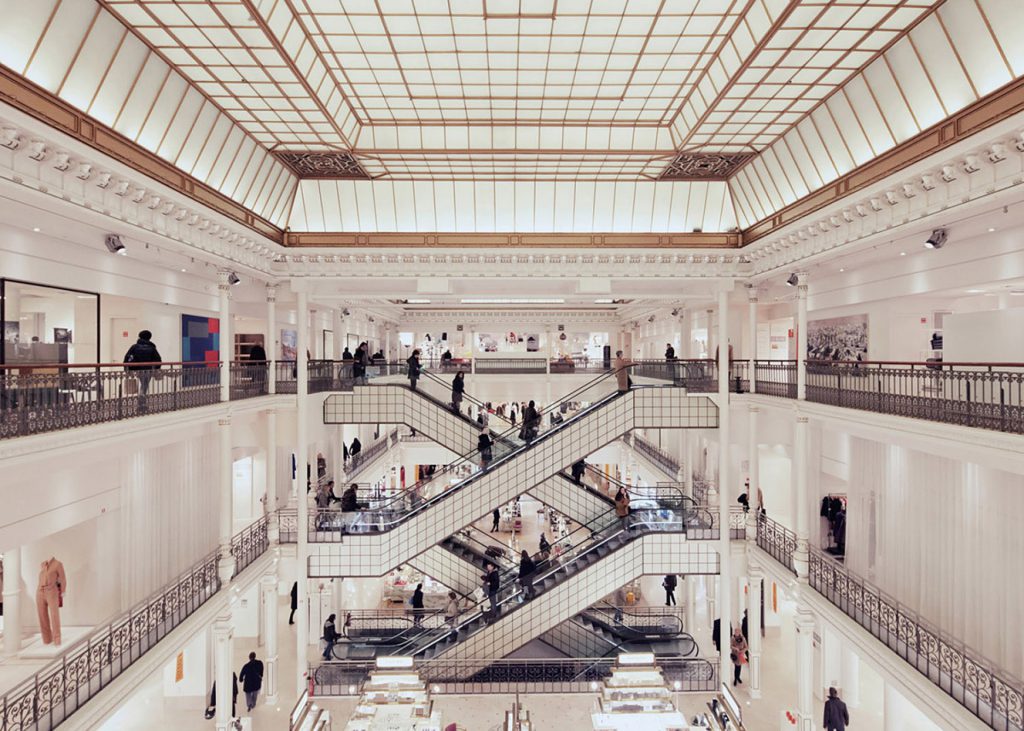 Soon, the idea of department stores spread also in the USA, where opened well-known “Macy’s” in New York in 1858, “Marshall Fields” In Chicago in 1865, etc. In 1909, in London, selling enthusiast Gordon Selfridge opened the “Selfridges” department store, which sooner became sales standard. This store’s mirror-based windows were full of the most qualified products. Selfridge was revolutionary in the visual representation of products. He was the first who kept the lightning of shop windows even in the evenings when the store did not even work. He did that to let people admire the department store like they do the museums. 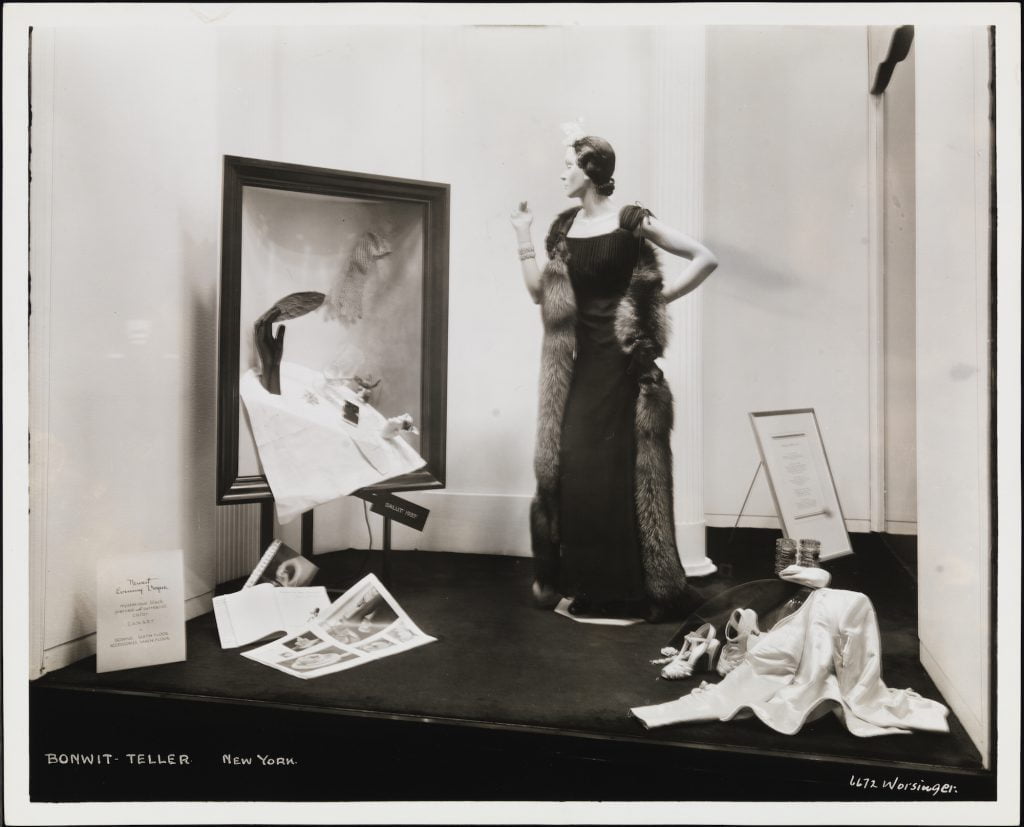 Bonwit Teller hired Salvador Dali to design one of its store windows, the other windows were inspired by Dali’s work.

Not only department stores, but also small stores, separated galleries, boutiques began seriously considering the design of their shop windows. In the fashion world, the pioneers of the design were Pierre Cardin, Mary Quant, and Vivienne Westwood. Since the 1990s, with the birth of new technologies and new fashion houses like Gucci, Prada, etc. the representation of shop windows was turned into the propaganda of influential platforms. In modern shop windows, besides mannequins, there are also presented big posters with famous shiny images. Thematic designs are also important. New Year’s design of show windows is paid serious attention. It turns into a real competition: which is more luxury? Really, such worldwide known department stores and galleries like Paris’s Lafayette, London’s Harrods, or Milan’s Vittorio Emanuele, every year, come up with new opulence. 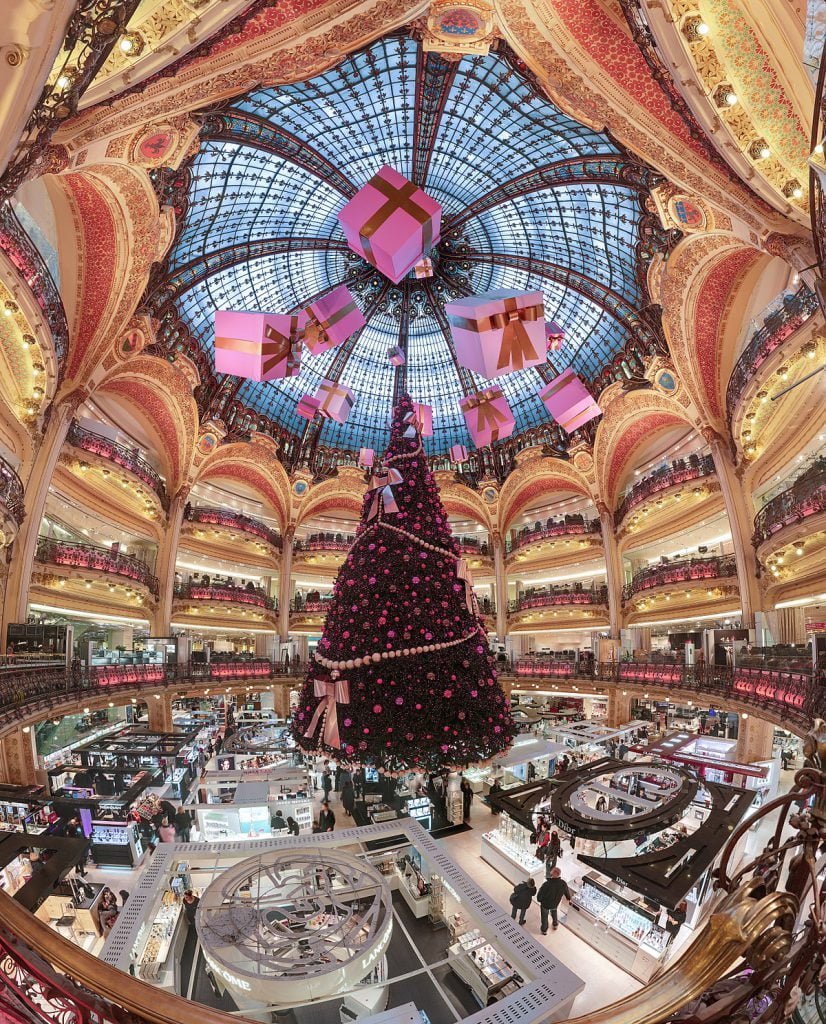 Modern designing of shop windows is the art of attracting customers and selling, which over the years has not lost its power and popularity.