Continuing to introduce the genius women of Vogue, in this article, we will talk about Grace Mirabella and Anna Wintour. You can read the 1st part here.

Grace Mirabella: The one who multiplied Vogue’s revenue

Grace Mirabella is one of the most pragmatic and business-minded editors of American Vogue magazine.

Grace was born in 1930, in New Jersey, in a family of Italian descent. In 1950, Grace graduated from Skidmore College with a bachelor’s degree in economics. In 1974, Grace married the famous New York surgeon William Cahan. From an early age, Grace worked as a saleswoman in a sports shop. After graduating from college, she did some similar work in Macy’s and Saks Fifth Avenue shopping malls, doing administrative work. Grace joined Vogue in the early 1950s and soon became editor-in-chief. According to her, getting a job at Vogue did not require special talent, skills, or experience, but the origin and appearance could play a significant role. Throughout the 1960s, Mirabella held the position of editor on the editorial team of editor-in-chief Diana Vreeland. In 1971, Mirabela finally appointed editor-in-chief after Vreeland. 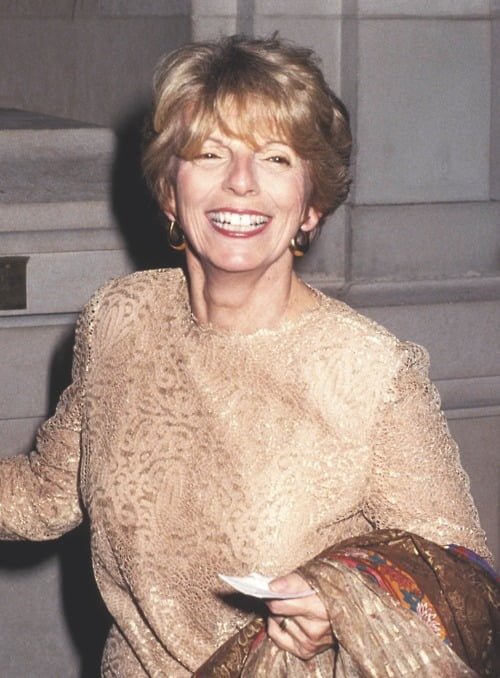 During her tenure, Mirabella paid more attention to the lives, clothing, and relationships of the average American woman than fashion trends, which increased the magazine’s circulation from 400,000 to 1.2 million. But on the contrary, Vogue lost its high status as a fashion dictator. In the history of Vogue, 1971-1988, years are called beige years in honor of the color of Mirabella’s office walls. It is also symbolic, taking into account the conservative approaches. During her tenure, Vogue’s advertising revenue reached $ 79.5 million, while at Elle, it was only $ 39 million. From 1971 till 1988, Helmut Newton and Richard Avedon worked on the covers of Vogue. Thanks to Grace, the works of famous and talented masters such as Patrick Demarchelier, Albert Watson, and Mike Reinhardt, our compatriot Kourken Pakhchanian appeared on Vogue’s pages.

In 1988, Mirabella was fired because Elle was ahead of Vogue, saying that large circulation is not the only important thing, but also being a decisive magazine in the field of fashion is also vital. Mirabella learned about her dismissal not by her immediate supervisor, her friend Alexander Limberman, but by a TV show, by accident. In the early 90’s she published Mirabella magazine, but, alas, it did not last long as it could not compete with such leaders as Vogue, Cosmopolitan, Elle և Glamour. In 1995, Mirabella published the autobiographical book “In and Out of Vogue,” where she talked about her 38 years of work in the field of fashion.

Anna Wintour: Vogue’s cold winter and the key to success

The most demanding woman in the world of fashion, who managed to reach the highest heights in this field, is Anna Wintour. Anna was born in 1949, in London, in the family of a public activist and editor-in-chief of The Evening Standard. When Anna was a child, her father began to notice his character traits in her. One day, he advised a 10-year-old girl to write in a school questionnaire that she dreams of becoming the editor-in-chief of Vogue magazine. The girl wrote that way. As it is known, it happened, but not by a miracle, but due to Anna’s diligence and strong character. In 1966, Anna graduated from college and was admitted to North London Collegiate School, where she also engaged in journalism. Seeing his daughter’s success in that field, from time to time, accepts her daughter’s advice in managing his newspaper. 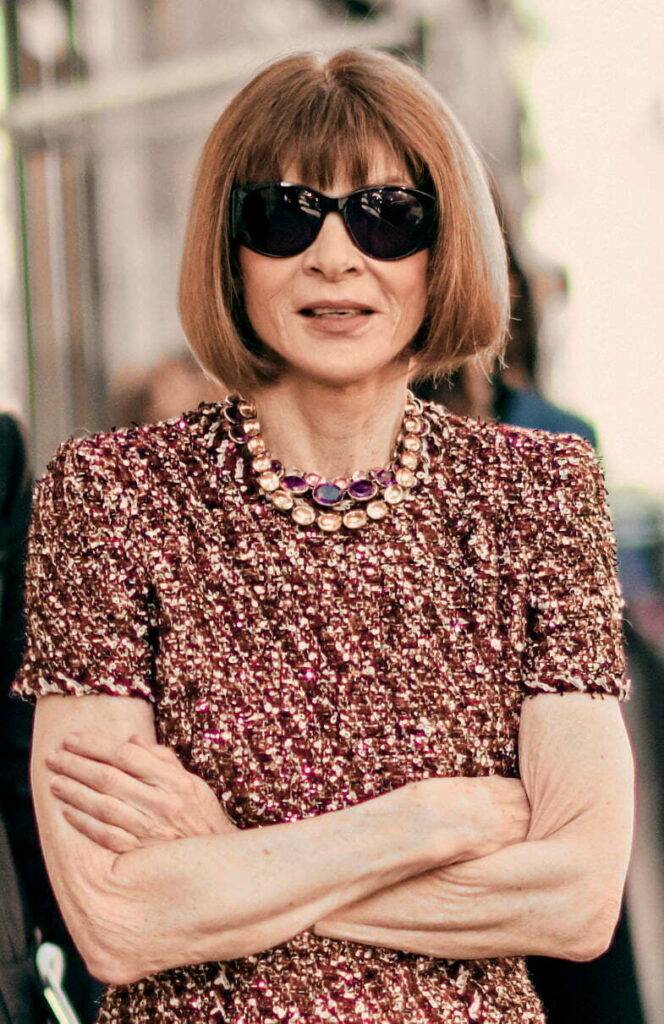 At the age of 21, Anna joined Harpers & Queen Magazine, where, in 1973, was appointed Deputy Editor-in-Chief. In 1976, Anna was invited to New York to serve as editor-in-chief of the magazine’s American version, Harper’s Bazaar. By 1983, Wintour was already in American Vogue as the magazine’s creative director under Grace Mirabella’s supervision. Anna quickly finds her place in Vogue, begins to notice and point out all the flaws, old and conservative approaches. However, the management of the magazine was not ready to replace Mirabella yet.

From 1986 till 1987 Anna preferred to return to London to become the editor-in-chief of English Vogue, while at the same time taking over the management of House & Garden magazine, renaming it H&G, where she adds celebrities, models and designer clothes to her interior photos. In 1988 Anna was offered the desirable position of editor-in-chief of American Vogue. In Vogue’s new issues, Wintour brings freshness, her modern approaches change the magazine entirely, making it in line with the times, returning the reputation of a fashion dictator. Vogue’s cover page also changed, they no longer have portraits of identical blondes, but unique, different characters, new faces. Moreover, the booth photos were replaced by al fresco format. Wintour has never been afraid of experiments, of bold combinations, even on the cover. However, these drastic changes were not easy for her. The entire Vogue crew, or rather those she had not yet fired, began to hate Wintour for her overly strict nature; she soon became known as “Winter” rather than Wintour. Everyone will have seen or at least heard the famous movie “The Devil wears Prada“, the main character of which is Miranda Priestly based on the figure of Anna Wintour. The image created by Meryl Streep is even softer than the real Anna. The first issue created under her leadership was published in November 1988, and from that day on, each new cover is a revelation of a new star.

The 90s were the years of Wintour’s rise. She left behind all the popular magazines and reached new heights together with Vogue. Anna Wintour also has a significant influence on the most famous fashion show – Met Gala. It was her who became the curator of the Met Gala in 1995, making it the most prestigious and anticipated event. Anna Wintour is also the Chief Consultant at the Metropolitan Museum of Art in New York. Now this woman is the most influential person in the world of fashion, whose word is taken into account by everyone, even those who just hate her.