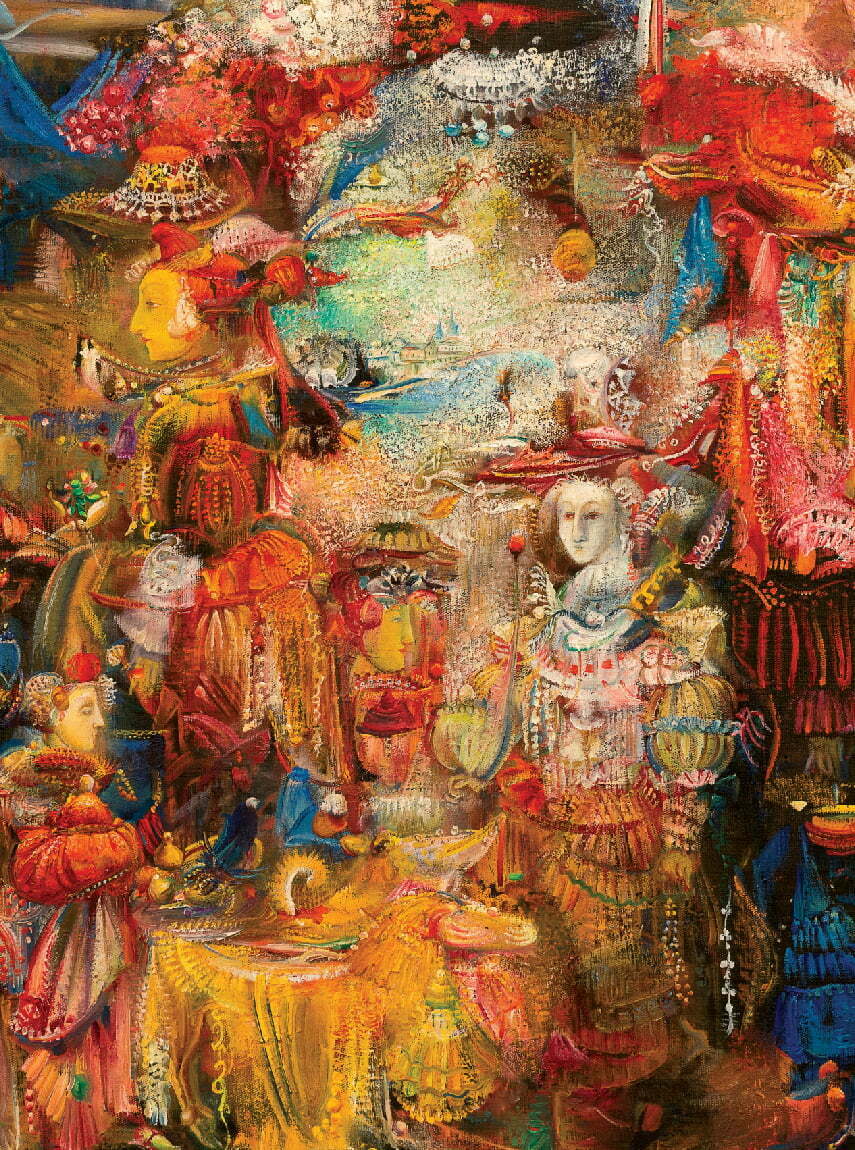 1955-1959 – continued study at 101th secondary School, at the same time entered the school of the Arts College named after Nikoladze, Tbilisi.

1963 – made the acquaintance of Alexandre Bajbeuk-Melikian, who played a great role in her artistic formation.

1965 – attracted the interest of the People’s artiste of Georgia Elena Akhvlediani.

1968 –art works were exhibited in the “Decorative Art” magazine editorial office, Moscow. 1971 – personal exhibition in the Artists’ Union and the House of Scientists, Yerevan.

1972 – personal exhibition in the House of Actors named after A. Khorava, Tbilisi.

On Henrik Igitian’s initiative, her works were chosen and sent to an exhibition in Portugal, then Paris, Lyons, Marseilles, among 31 other Armenian artists.

1971 – “Gayane,” producer Youri Erznkian, with the preface of People’s Artiste of the USSR Martiros Sarian.

The works are kept in the Modern Art Museum (Yerevan) and several private collections in many countries of the world.