The clothes, underwear, and accessories decorated with elegant lace and embroidery have been fashionable since ancient times and are still fashionable today. Embroidered items had a mundane and spiritual meaning. In addition to clothes, this decorative-applied art decorated interior was a part of everyday life, pointed out the social position of the family, and emphasized the grace of the housewife and daughters. Every woman’s reputation was for having beautiful handwork, so in many cases, the most noticeable embroidered items were kept sacred and passed down from generation to generation. To create a pattern for embroidery, you need a needle, and in the modern world, an embroidery machine, as well as cotton, silk, woollen, and linen threads. In the most decorated examples, beads, gold threads, coins, etc. are used. Technically, embroidery is done by putting a cloth on cloth, using fur, leather and felt. The second option of embroidering is cutting. 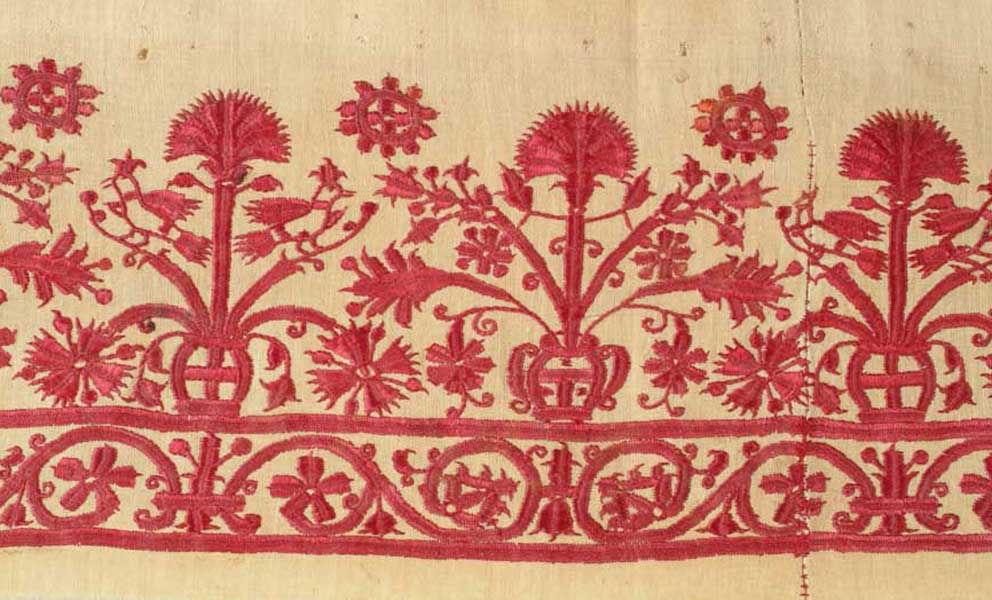 In the ancient world, the embroidery was practiced by Assyrians, Egyptians, Chinese, Persians, Jews, Greeks, and the most famous center was Babylon. The oldest embroidery designs are recognized on drawn clothing on Assyro-Babylonian, Egyptian sculptures, murals, jars, embroidered fragments from archaeological excavations, and other ethnographic materials.

Embroidery has been widespread in Armenia since ancient times and reached the peak of its development in the Middle Ages. This branch of applied art expresses religious ideas and beliefs from ancient times, aesthetic perceptions, preferred stylistic and compositional features for Armenians, and the never-ending variety of ornaments and knitting types. Unfortunately, the embroidered patterns of the ancient period did not reach us, and we get an idea of them thanks to ethnographic materials. Bibliographers Agathangelos, Movses Khorenatsi, and others testify to the ancient Armenian embroidery.

Traditional Armenian embroidery is divided into two main groups: mundane and ecclesiastical, which include the embroidery of costumes, church garments, and household items. There are various embroideries in Armenian embroidery. They are amazed by their variety. Both simple and complex embroideries are found. The sewing types have their names according to the dialect of the region. The Armenian people have several local embroideries, known as the city where they are most common. For example, “ Van’s thread,” “Ayntap’s thread,” etc. Van’s thread is one of the oldest Armenian embroideries. It was widespread not only in Vaspurakan but also in Cilicia, Cappadocia, Tayk, and its surrounding areas, as well as in Constantinople. Armenian embroidery is also rich in its jewelry system. The most common are the plant ornaments, which have been popular since ancient times. Plant images are very diverse and are found in embroidery, both in stylized and natural forms. Sometimes that styling is associated with embroidery techniques. However, it is mainly typical of the ancient period. 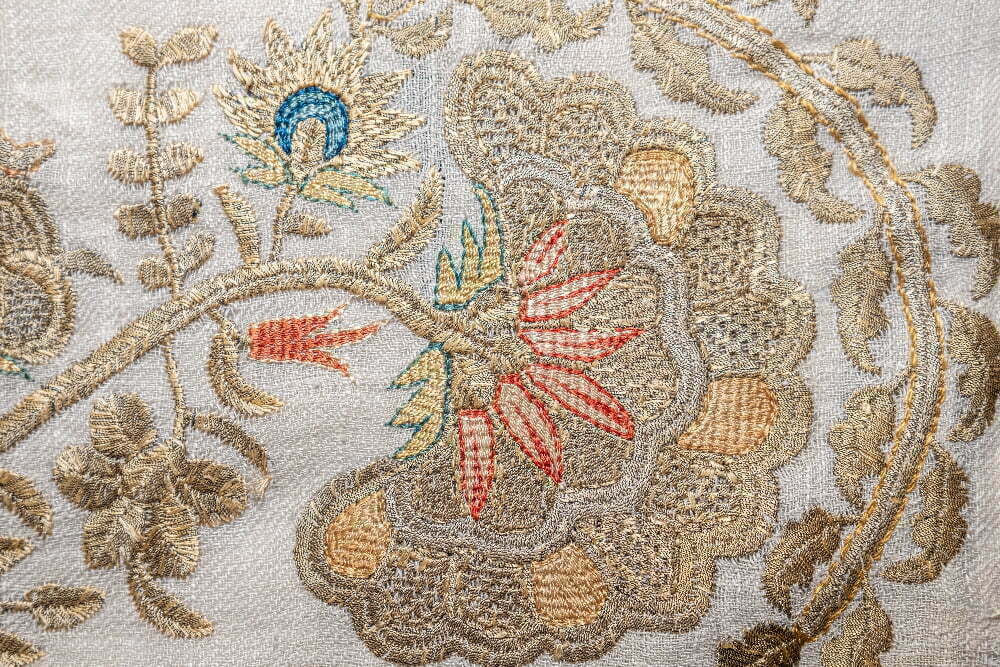 In addition to these basic ornaments, traditional Armenian embroidery is rich in other geometric, animal, and bird-like patterns, as well as images of household items (baskets, jugs, pitchers, etc.) and architectural monuments. Armenian embroidery traditions continue to this day. At the same time, there is a growing interest in embroidery around the world.

Embroidery and embroidery lace do not leave haute couture and prêt-à-porter collections for years, not just about wedding dresses and lingerie. Embroidery is always relevant if there is a goal to create a delicate, feminine image. Until the 1930s, fashion was mostly dependent on handicrafts, so then embroidery machines were created.

The first step of using embroidered lace in high fashion is considered to be the “reticella” type of needle lace, which appeared in the 15th-16th centuries. The love for elegant embroidery was so great that the government of Venice forbade embroidery masters to leave the island of Burano and transfer their skills to foreigners. The most commonly used embroidery on men’s clothing was from Flanders (modern-day Belgium and part of the Netherlands). Many known types of yarn, such as “machline,” “angleterre,” “bansh,” “valance” are distinguished by the variety of ornaments, the complexity of the thread type, and high-quality features. Embroidery became fashionable in France thanks to two Italian queens, Catherine and Marie de Medici. Importing from Italy was quite an expensive pleasure, and in the 17th century, the first embroidery working shops were established in France. Famous artists, such as Francois Boucher, sketched for French embroidery.

Embroidery and embroidery laces are widely used in famous fashion houses like Dolce & Gabbana, Alberta Ferretti, Alexander McQueen, Balmain, and Gucci. Jewelry and vintage images borrowed from floral and medieval art combine perfectly with modern clothing and are presented in a new way. Very often, fashion houses use not the original embroidery, but prints with embroidered ornaments. 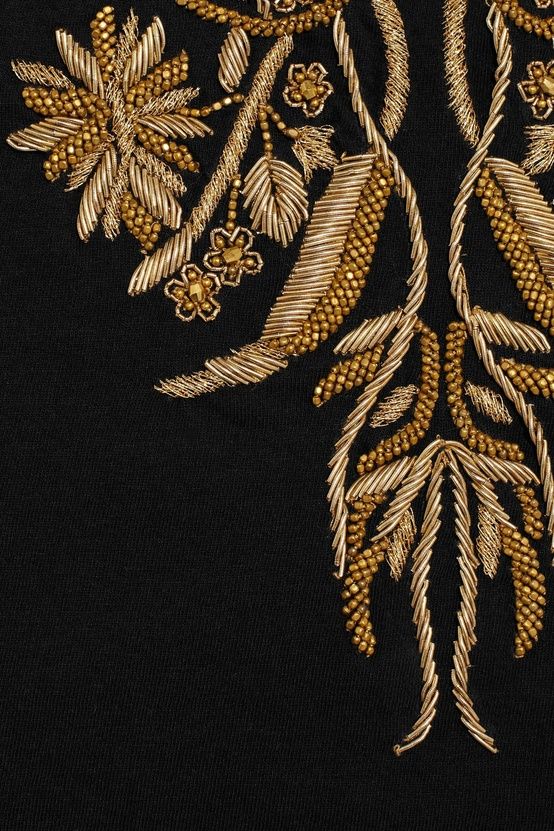 By the way, embroidered laces are trendy in the summer of 2020.